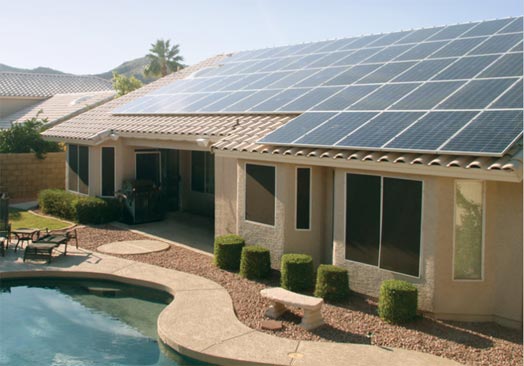 TXU Energy is working together with SolarCity to offer a residential solar leasing program to North Texas homeowners. The program is available in Texas only through TXU Energy.

According to SolarCity, under a typical lease agreement, a 4 kW residential solar system, appropriate for a typical three- to four-bedroom home, will cost approximately $35 a month, with no upfront cost.

“Texans want affordable renewable energy choices, and we’re providing them the choices they want at a cost they can afford,” said Jim Burke, CEO of TXU Energy.

“We expect this offer to significantly increase the adoption of solar power in Texas,” said Rive.

Currently, just .01 percent of the total electric power produced in Texas is generated by solar installations.

“Solar power is an excellent source of energy but making it affordable has been difficult until now,” said Rep. Linda Harper-Brown (R-Irving). “The citizens of North Texas will be able to afford solar power and will have another option to lower their energy bills.”

For more information, North Texas residents can call 877-TXU-SOLAR or surf to www.txu.com/solar.